Is there a way to include latex formulas as labels in the Python API of Graphviz?

I have looked at the examples: Examples — graphviz 0.19.1 documentation, but there is nothing similar to include formulas.

A minimal example is appreciated.

I’m a little unsure what you’re asking. Are you trying to render some mathematical formula, into the labels(?) of a graphviz diagram, using the LaTeX language for writing formulae? There are some systems that can do things like that for PDF that academics use I think. Are you trying to make, like, a PDF for an academic paper?

Thanks for your reply.

Are you trying to render some mathematical formula into the labels(?)

Yes, I am using this API Graphviz — graphviz 0.19.1 documentation, in which I can render graphs from python. However, in the given examples, there is no info about it.

Unfortunately, Graphviz does not directly take Latex as input nor does it produce Latex as output.
However,

@sebas-a, where you able to find a way to do this? I am also wanting to be able to use LaTeX interpreter as for the label of my nodes; essentially to display equations.

Can’t speak to doing this in Python, but here are some LaTex images that I picked up here & there and incorporated into nodes with the image attribute (image | Graphviz): 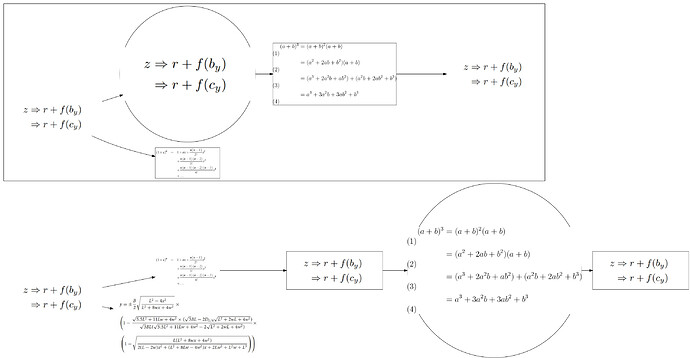